The Ramayana Mela Festival in India is a grand celebration involving several dance ensembles from all over the world performing at various cities throughout the week-long festivities. Thousands of personnel from the Indian Council for Cultural Relations (ICCR) and other supporting organisations work for months to put the Mela together.

When Bhaskar’s Arts Academy was invited to perform at this annual event by the Indian High Commission, Singapore, we were well aware that we will be performing the great Indian epic Ramayana in the land of its origin. While we have done several versions over the years from Sita’s Complaint to Sampoorna Ramayana and even a contemporary version for our New Zealand tour, this time Artistic Director Santha Bhaskar decided to present just one episode – Asoka Vanam which tells the tale from Hanuman’s perspective. Along with the accompaniment of live music, which incidentally also included the Chinese pipa, the five dancers brought Ramayana to live through agile moves and clever scene changes.

The 14-strong delegation led by Santha Bhaskar and CEO Mohan Bhaskar did a whirlwind six-day tour through New Delhi, Patna and Kolkata. There were dignitaries and officials at each city and a mixed demographic of Indians of all ages and communities in the audience. In Delhi and Kolkata they were mainly dance and music connoisseurs and therefore the outpouring of praises for our work, mainly for its unique choreography and the excellent execution by the musicians and dancers, was indeed heartfelt. Feeding off all the positive vibes were not only the performers but also Santha Bhaskar. She continued to create and the work became truly dynamic and evolved with each city it was brought to.

In Patna where we performed by the Ganges, the work incorporated a tribute to River Ganga and in Kolkata, the birthplace of famous poet Rabindranath Tagore, Asoka Vanam opened with one of his elegant poetries. Kudos to the team of musicians and dancers who were able to, in that short span of time, actualise the choreographer’s inspirations! While there, we also came to realise some of the most amazing artistes in India are the backstage crew. We were particularly impressed in Delhi and Kolkata. They were more than just experts in their fields especially the lighting designers and were able to deliver our requirements with uncanny exactness, sometimes without even being told! It wasn’t all work obviously. We managed to take in some sights in New Delhi like India Gate and Lotus Temple. And were treated to some much-needed retail therapy at Patna. All in all – a successful trip. 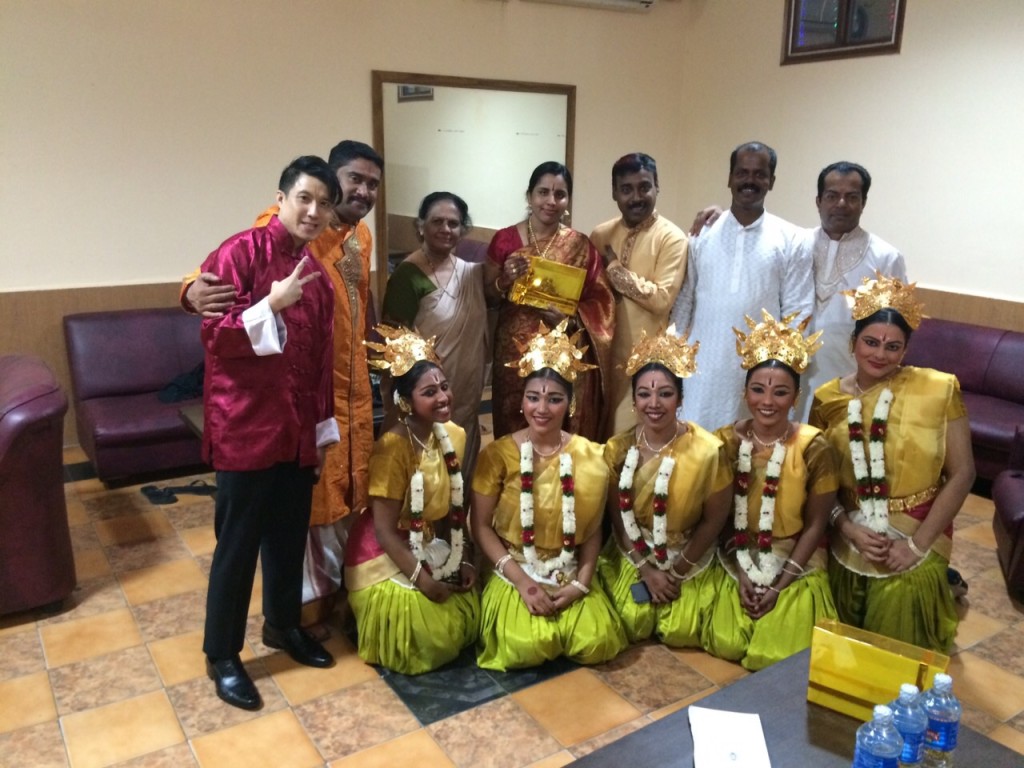