This year was the second death anniversary of our beloved founder, the late Shri KP Bhaskar. An idea for a Festival was initially mooted by some of our senior teachers, during our regular meetings. They wanted to hold a festival to honour him during this period. This intention was only expressed about two months prior and despite the time constraints, the wish was fulfilled with great spirit and dedication. The whole event turned out to be a real success in terms of the quality of the performances, the enthusiastic participation and the audience appreciation.

The Festival kicked off with the inaugural recital of our very own Swathy Bhaskar’s Orchestra and also Youth Orchestra. Altogether there were 30 talented musicians on stage at the SOTA Auditorium. For an exhaustive coverage please visit the article covered by Dr. Wong Chee Meng.

The next line-up for the Festival was the exciting Indo fusion sounds from the acclaimed group, Ateetam. The group comprised of Sri Ramakrishna Rao on sitar, Varun Pradeep on keyboards and vocals, Kalpana Venkat on violin and Venkatesh on the table. Their jugalbandi was mesmerizing the audience especially the rhythmic table beats.

The Festival week proper then started with the dance programmes which began with the Kathak recitals from our instructor Ms Pallavi and her students. The Kathak students displayed intricate sequences of steps in keeping up with the tempo. Ms Pallavi then demonstrated exquisite and dramatic expressions during her repertoire. For the second half of the dance session, Usha Rani Maniam’s school provided a Bharata Natyam item. It is encouraging to see that other schools are also volunteering to be part of this Festival. This was followed by our very own senior instructor, Neewin Hershall who performed the outstanding “ Änanda Nadamidum Paadan”. 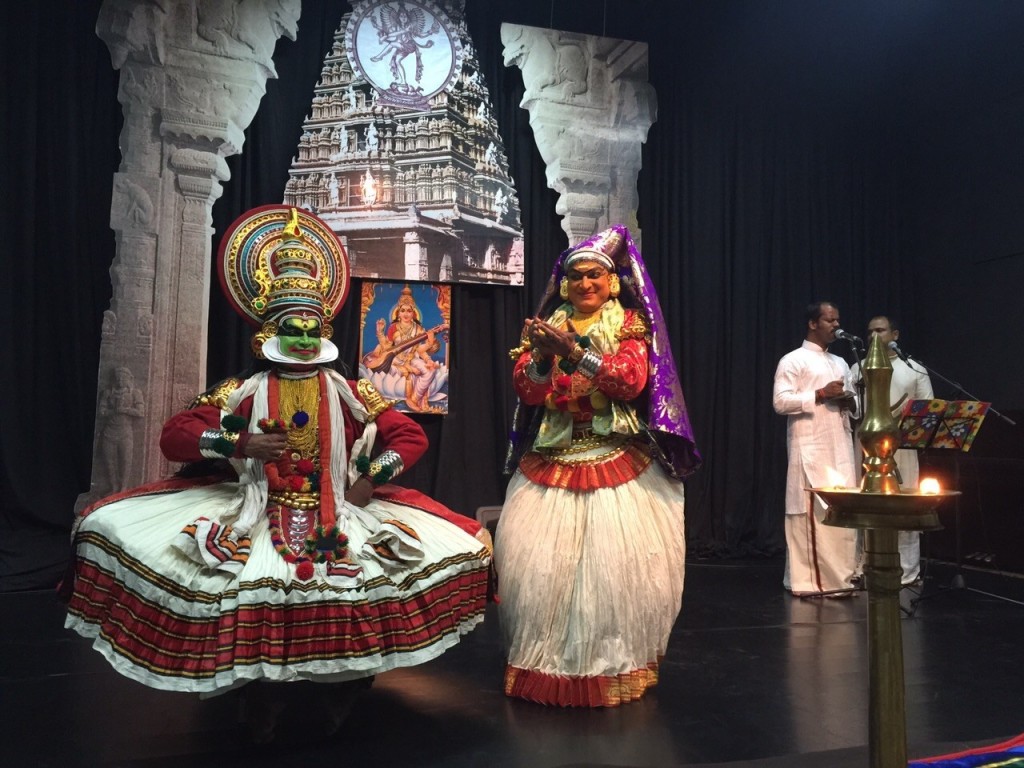 The following day, which happened to be also Vishu, The Malayalam New Year, the Bhaskar’s Kathakali Group gave a heart-warming 40 minute rendition of Kalyana Sougandikam. Our Kathakali master, Shri Biju and also Shri Santosh performed this immaculate art form with such ease and passion. Shri Biju thrilled the audience especially the younger ones with his portrayal of Bhima’s experiences in the forest, especially his mime on witnessing the attack on an elephant by first a python and then a lion. The musicians also provided so much energy to enhance the story.

The next day we celebrated Swathi Thirunal Aradhana with our music teachers, Shri Ghanavenothen Retnam, Srimathi Ampili, Srimathi Arasakumari, Shri Arun, Shri Sajith and Shri Hari and their students. They put up a splendid display of songs for the occasion. We also had the wonderful presence of Sri Viji on his guitar duet with Ampili teacher. They gave such a wonderful rendition of the Bharathiyar poetry “Kakke Chirakinile”and a Swathy Thirunal composition “Ali Veni”, which were performed spontaneously and unrehearsed. Sri Manikanthan needs no mention in the local music circuit and his violin performance was exemplary on the standards that the Festival seeks to achieve. Both Sri Viji and Sri Manikantrhan are former tutors at Nrityalaya and are now successful teaching masters. Also we had the honour to host another regular guest, Sri Trivandrum Rajagopal currently a tutor at Temple of Fine Arts on the mridangam. We were so lucky to have these esteemed musicians grace this occasion. 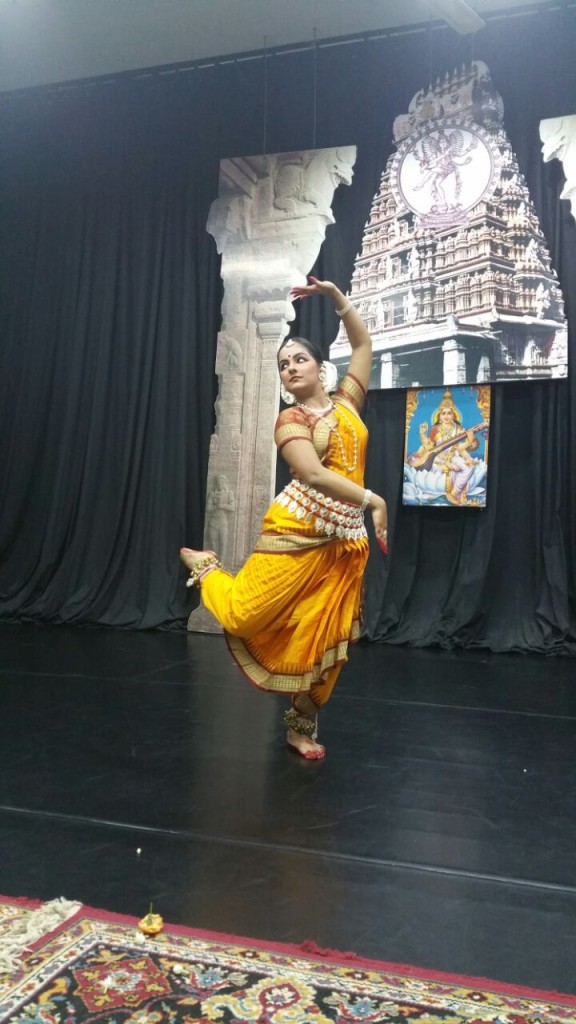 On the final day of the Festival, which also happened to be the actual date of Shri Bhaskar’s passing, we had a fantastic Odissi recital by Meghna Das. She is the daughter of one of our former tutors at Nrityalaya, Sahana Das. Also Sahana is the first Odissi teacher to actually introduce and teach this dance form in Singapore. Meghna captivated the audience with her emotional rendition of ‘Ýahi Madhava’.

It is the wish of the executive committees to

4) as afar as possible to try to keep the ticket prices affordable for the audience, and 5) in keeping with Sri Bhaskar’s vision to bring the arts to the people.