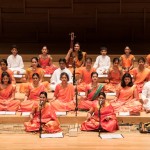 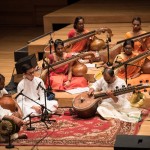 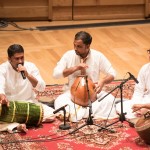 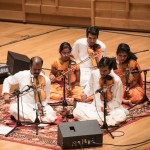 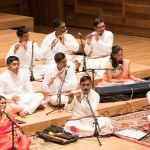 In the grand ambience of an august concert hall, about 40 musicians and vocalists of the Swathi Bhaskar’s Orchestra hit a sonorous high. The inaugural concert signals new hopes for Indian orchestral music here that adheres to the classical idiom, while providing a new platform for youth musicians in performing alongside the senior professionals. The concert features compositions and orchestration by the Academy’s prominent musicians, Ghanavenothan Retnam, T.V. Sajith,  Ampili Pradeep, Arasakumari Nagaradjane and T.K. Arunkumar, in addition to presenting works of renowned contemporary composers, like After the Rains by B.V. Balasai and Desh Thillana by the late Lalgudi Jayaraman. The crowd pleaser at the concert was probably a folk song medley which included familiar tunes of Kavadi Chindu like Senni Kula Nagar Vasan and Valli Kanavan Perai, evoking the peacock feathers and ecstatic joys associated with the Thaipusam festival. The concert event had incidentally been postponed from an earlier date due to the demise of Singapore’s first Prime Minister Lee Kuan Yew, and a solemn minute of silence was observed before the programme proper began. Compere Lethika Nair paid special tribute, noting that it was with his assurance of a multicultural Singapore that many pioneer members of the Indian community such as the late K.P. Bhaskar were convinced to sink roots here in the nation-building days. Bhaskar’s Arts Academy is pleased to receive support from many well-wishers at this event.